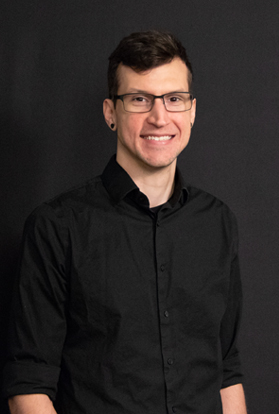 Josh was in highschool when an elective course in web development first sparked his interest in code. He graduated from Kendall College of Art & Design in 2014 with a Bachelor’s of Fine Arts, focusing on Digital Media. Josh enjoys the challenge that comes with solving the complex “puzzles” of web development and loves that each day brings a new and exciting way of doing things. He joined the Innereactive team in 2016 and has been crafting the most elegant code ever since.

If Josh were asked to describe his passions, he would say, “Pizza, video games, and code,” though not necessarily in that order. And when contemplating the phrase “you are what you eat,” he often pictures himself as a large pizza. (Josh really loves pizza.)

When Josh isn’t watching a new show or connecting with people while playing video games, he can be found enjoying Michigan’s great outdoors with his girlfriend and their dog.